PERFORMANCE SPONSOR WITH THE HIGHEST CONTRIBUTION

The Elchin Shirinov Trio will be the guest of this festival evening in the Bosporus ambience of the SSM Fıstıklı Terrace. The trio is composed of pianist and composer Elchin Shirinov, Grammy winner bassist Panagiotis Andreou and the discoverer of progressive melodies, drummer Engin Kaan Günaydın. Shirinov’s passionate, thoughtful yet effortless attitude at the concerts he performed at the Baku Jazz Festival, and Budapest, Brussels, Moscow and Paris concerts invoked admiration. He has won the approval of jazz enthusiasts for bringing Eastern harmonies, microtones and repetitions hidden in Azerbaijani folk music together with a rapid pace led by the drums. Andreou, who will be lending depth to the trio with his bass, shines out by blending electronic jazz with playing and singing styles particular to Latin and Balkan music, and Engin Kaan Günaydın for his progressive, dynamic and melodic drumming style. The second guest of the night that will take us on a journey of jazz by the sea is Cyrille Aimée. For the renowned vocalist, improvisation is beyond a mere technique; it is a way of life. The French vocalist who started to sing while infiltrating Romani settlements is dubbed as “a rising star in the galaxy of jazz vocalists”, and she also puts on her actor’s shirt to perform at Broadway from time to time. You are awaited in Emirgan to be introduced to the finalist of the Montreux Jazz Vocal Competition, a voice compared to Ella Fitzgerald’s for her lyrical yet playful style.

Cyrille Aimée
Marry Me a Little 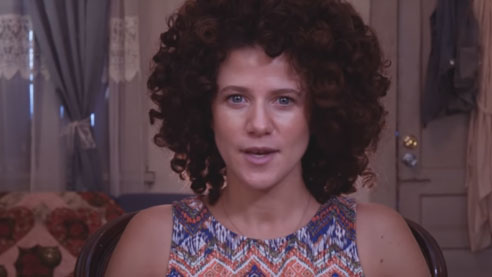 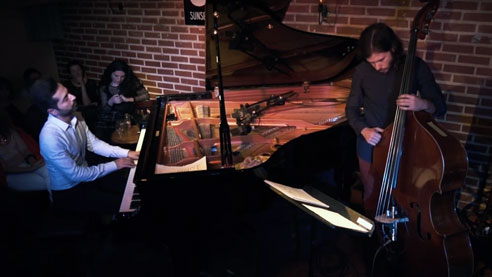