Kamasi Washington has reinforced the breakthrough he made with his first album The Epic released in 2015 with numerous prestigious awards and strong collaborations. So far he has worked with star musicians and ensembles such as John Legend, Run the Jewels and Ibeyi. Washington has taken the stage at major world festivals such as Coachella, Glastonbury, Fuji Rock, Bonnaroo and Primavera. Firmly moving forward with his identities as a saxophonist, composer, producer and bandleader, Washington has once again highlighted the importance of multiculturalism he often cites with his music, by participating in the 2017 Whitney Biennial with a multimedia installation. His film As Told To G/D Thyself produced with the filmmaker collective Ummah Chroma has made its premiere at this year’s Sundance Festival. You are invited to the 26th Istanbul Jazz Festival for a Kamasi Washington performance where hip-hop and R&B tunes gladly yield to jazz! 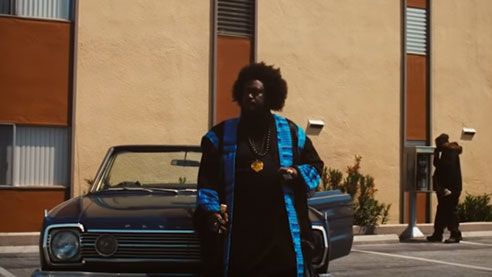